BOOK DIRECT WITH US FOR THE BEST PRICE. GUARANTEED. 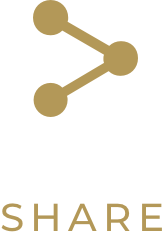 At Bovey Castle, we’re passionate about good food and none more so than head chef. Under Mark’s chefmanship, Bovey Castle’s Great Western Restaurant has also been awarded three rosettes by the AA for its culinary excellence, which only further seals his reputation and talent.

Mark has worked as a Head Chef at some of the finest hotel restaurants in the world and has even cooked for the Royal Family! His amazing dedication, passion and desire for provenance, and incorporating the best quality local produce makes him a Head Chef we are proud of.

Having earned his stripes at five-star establishments such as The Stafford, The Ritz and The Dorchester in London. Mark’s flair and imagination in the kitchen is rapidly earning him a reputation among food-lovers across the South West. “I grew up just down the road in Totnes and it’s always been my ambition to one day return to Devon and become Head Chef at Bovey Castle,” says Mark.

As head chef, Mark really enjoys creating menus for Bovey Castle, and one commitment always runs through every single menu; they all pay homage to the bountiful, fresh produce on our doorstep… You can enjoy local game from the moors and seafood sourced from the coves of Devon and Cornwall.

‘South Coast Rock Pool’, with seared, hand-dived scallops, cockles, clams and oyster emulsion; whole roast young grouse; Brixham crab and line-caught mackerel; and smoked rib-eye of Devon Red beef are just some of the dishes that are attracting diners from far and wide.

Mark has also injected a sense of fun into the menu to reflect Bovey Castle’s glorious surroundings. His ‘9th Hole Chocolate Tree Stump’ creation; a marriage of lime and cardamom and milk chocolate wisps, is a nod to the estate’s championship golf course. While the ‘Bovey Meadow’ dessert of cream cheese ice cream, Perry poached pear, bee pollen and honeycomb celebrates Bovey’s beautiful landscape. But it’s not just the menus that have changed – Mark has created a wonderfully aromatic herb garden and is growing a selection of his own produce for the kitchen team to use. He has also introduced the ‘Big Green Egg’, a unique outdoor oven designed with hi-tech ceramics developed for NASA. “We use it to slow cook dishes such as our Old Spot Pork and Crackling,” says Mark. “It’s a fantastic piece of kit which takes flavours to a whole new height. It keeps everything beautifully moist and succulent and is fast becoming a favourite with Michelin-starred chefs.”

Mark has also achieved his dream of bringing Dexter cattle to the Bovey Castle estate. Back in 2016, his goal was to start putting this pedigree beef, favoured by top chefs for its outstanding quality, through the kitchen – which he has achieved. Mark has also introduced bees to the estate, to produce ‘Bovey Honey’ for the kitchens at Bovey Castle.

With regards to the coveted three AA rosettes, Mark says: “As a proud Devonian, I’m extremely happy to have returned to my native Devon and now I’m so happy that, as Head Chef, I have played such a big part in achieving the three AA Dining Rosettes which the hotel truly deserves.”